A state of snap packages in late 2019

by Peter Stevenson on October 21, 2020 under sysadmin
1 minute read

Using snaps where possible in late 2019

Ubuntu 19.10 running in a VirtualBox VM. 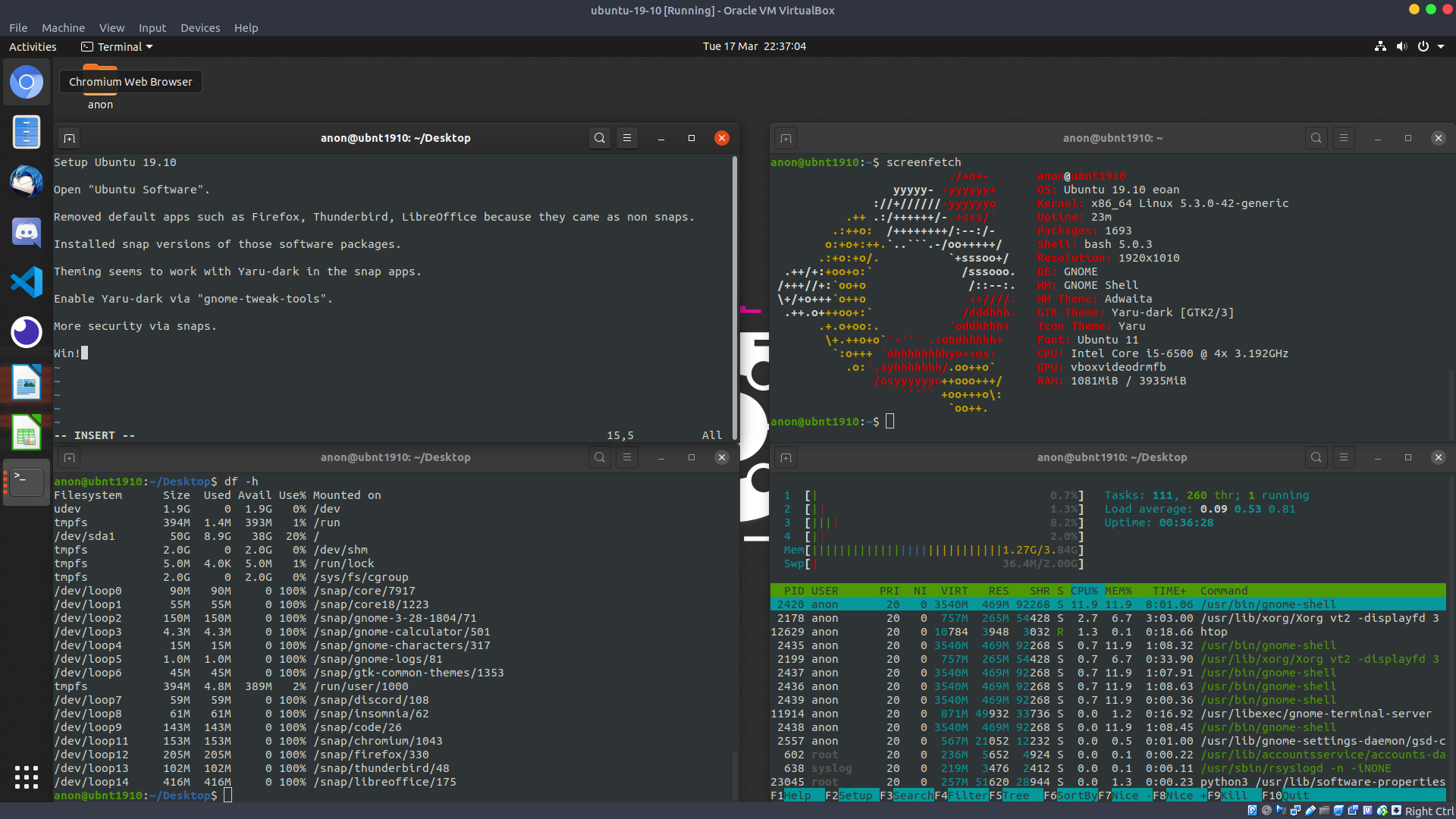 We are starting to see the turn to snaps in Ubuntu 19.10. Ubuntu has been shipping with a couple snaps for a while but we are seeing a ever increasing amount of apps becoming snaps by default. Here I install a few more and test using entirely snap where possible.

See my comments in the screenshot vim terminal.

I believe there were two packages for each program under the Ubuntu software store, one for snap version and one for non-snap.

Looks promising, although I would like to see a bit more security from snaps such as better file system isolation or less permitted by default.

Snaps are nice for added security if used right. I prefer AppImage for portability. Although the two are not the same.

Linux,
I feedback.
Let me know what you think of this article on twitter @M3PGS or leave a comment below!
comments powered by Disqus