by Peter Stevenson on February 23, 2020 under sysadmin
1 minute read

This post has been sat around in my drafts for a long time. Anyway I thought I best post it before it becomes totally irrelevant due to Microsoft using more Infrastructure as code (IaC).

This is one way to make a deployment happen at a given time. However it relies on you ensuring you check that box every time. Which is very easy to miss one day. Let alone if you have a team of people who are expected to do the same. Sooner or later someone will slip up as humans are human. 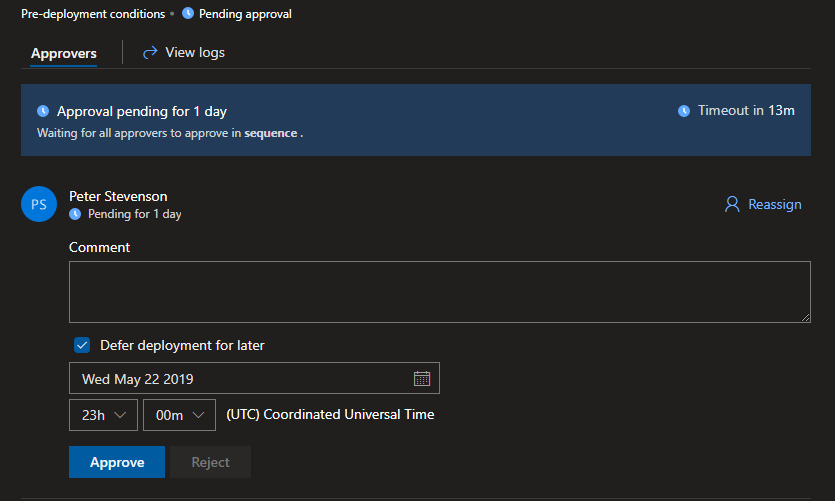 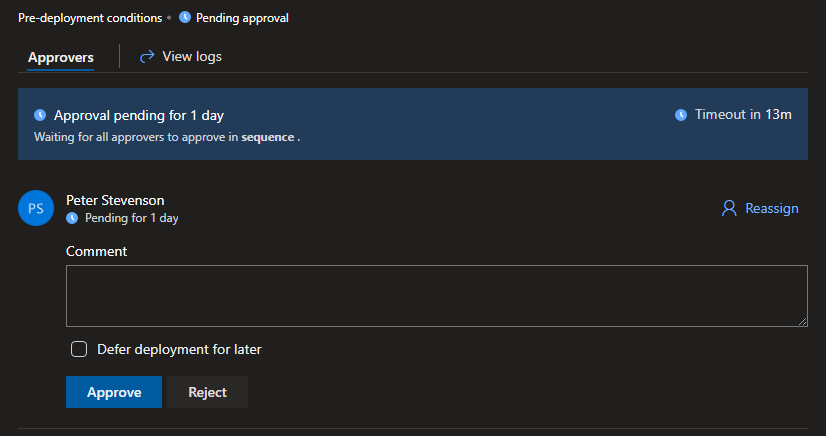 This is the actual deployment step which isn’t triggered until the scheduled time is hit.

You will want to set a different scheduled time here. Normally later in the evening out of hours.

Azure, CI/CD,
I feedback.
Let me know what you think of this article on twitter @M3PGS or leave a comment below!
comments powered by Disqus