by Peter Stevenson on April 3, 2021 under programming
6 minute read

This article is mostly based around ADS (Azure Data Studio) version: 1.25.3

Python oddities between VS Code and ADS

I was doing some testing of Python vs C# regarding the ability to comment out indented code blocks quickly. Specifically without having to shift indentation around.

During my testing I noticed some disparities between ADS and VS Code Python kernel.

Behaves as expected. Python forcing us to indent properly for readability and in some cases functionality due to lack of braces in the language.

Surprised it didn’t moan at me.

Digging a bit further I tried this in binder and noticed something similar.

Surprised it didn’t moan at me. 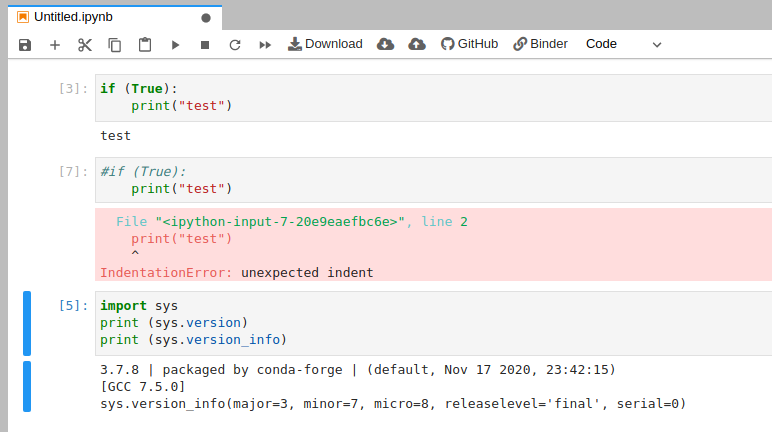 Behaves as expected. We use braces for scope therefore it’s never forcing us to whitespace indent properly which is useful for quickly commenting out a few blocks of surrounding code for debugging purposes. See: C# if-else statement: Curly braces or not? An in-depth analysis

.NET, C#, SQL, VS Code,
I feedback.
Let me know what you think of this article on twitter @M3PGS or leave a comment below!
comments powered by Disqus